How does one built its identity, as one defined itself by external live perspective. Where/when is one essentially itself? Inspired by Oskar Schlemmer’s utopia of human being.

Set designer Mireia Vila Soriano, choreographer and dancer Karina Suarez Bosche, dancer Thea Færden Bringsværd and sound artist Guillem Marti work in this project not only to create a relation to the aesthetics and remembrance of the Bauhaus, but also aim for working with the same principles that Bauhaus searched for: a fusion of different artistic disciplines, with an elimination of the hierarchy between them. They intend that sound, space, costume and movement are equally important.

The space is intended as an installation. The scenery is fused with the costume, presented in different modules through which the character travels. In the meeting points between body and material, parts of the stage/costume is adding to the body.

Without identity or in search for it, this character is susceptible to take the personality, temperature, texture of the things and material it touches – the materiality as an essential element of the transformation and possession. It is not rigid, not tight or defined, but adaptable to its surroundings. 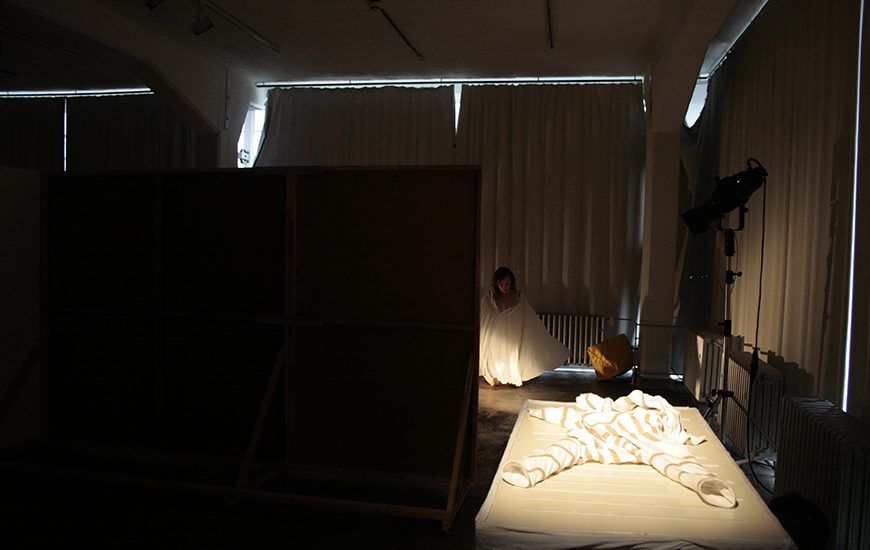 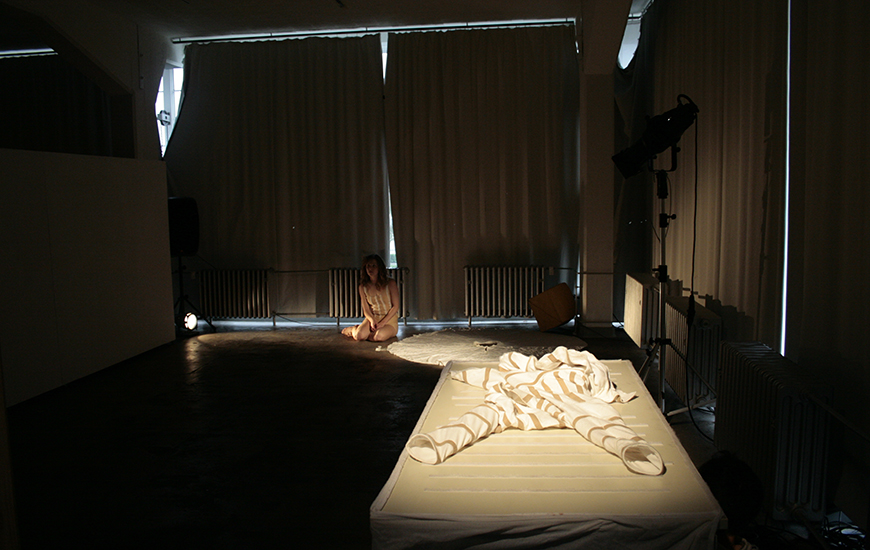 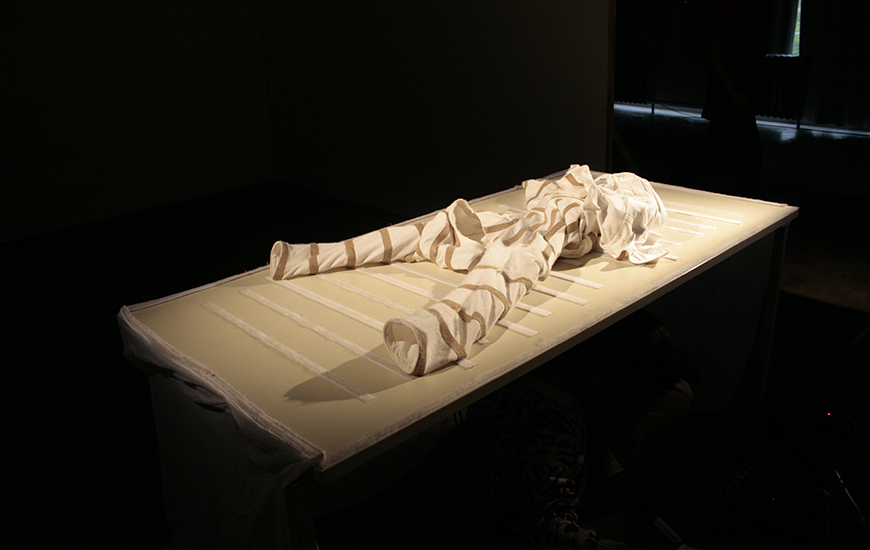 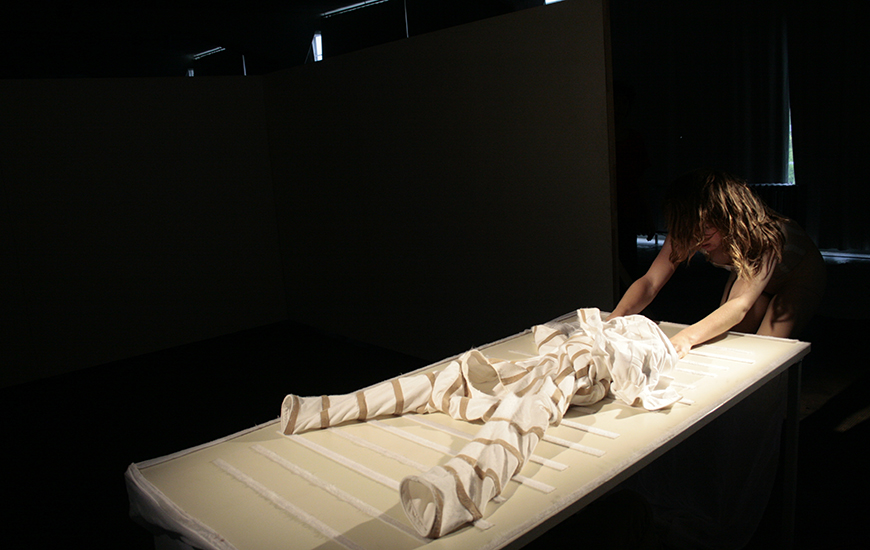 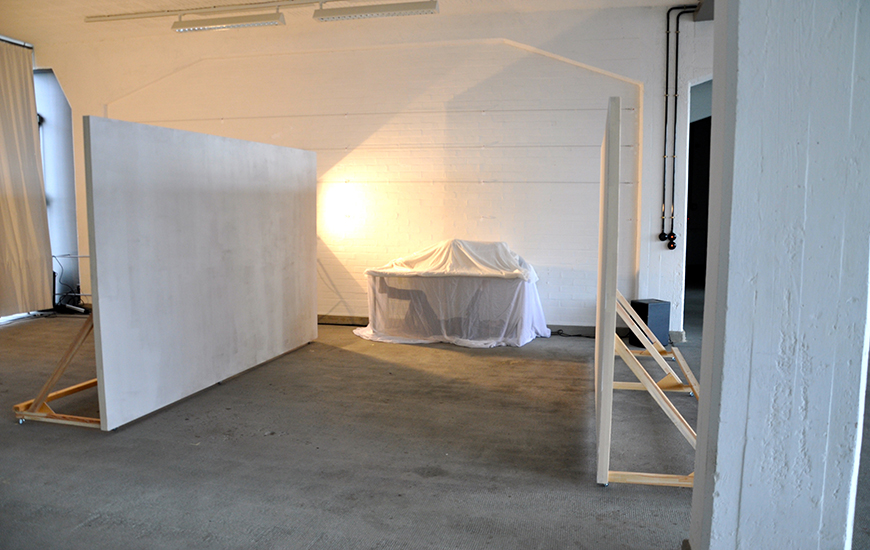 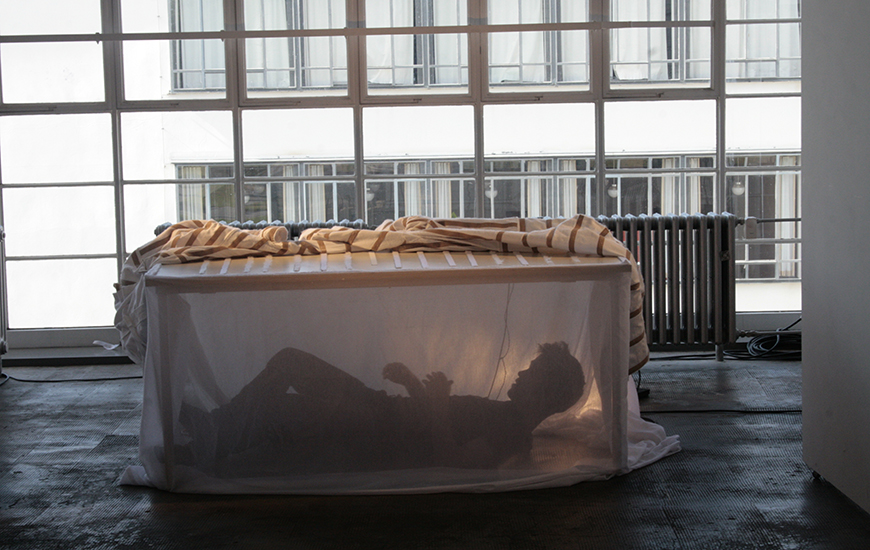 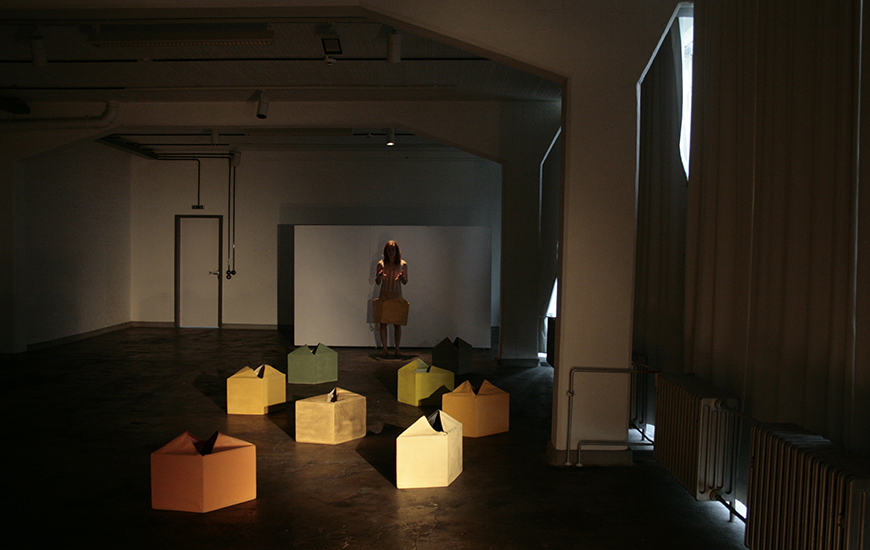 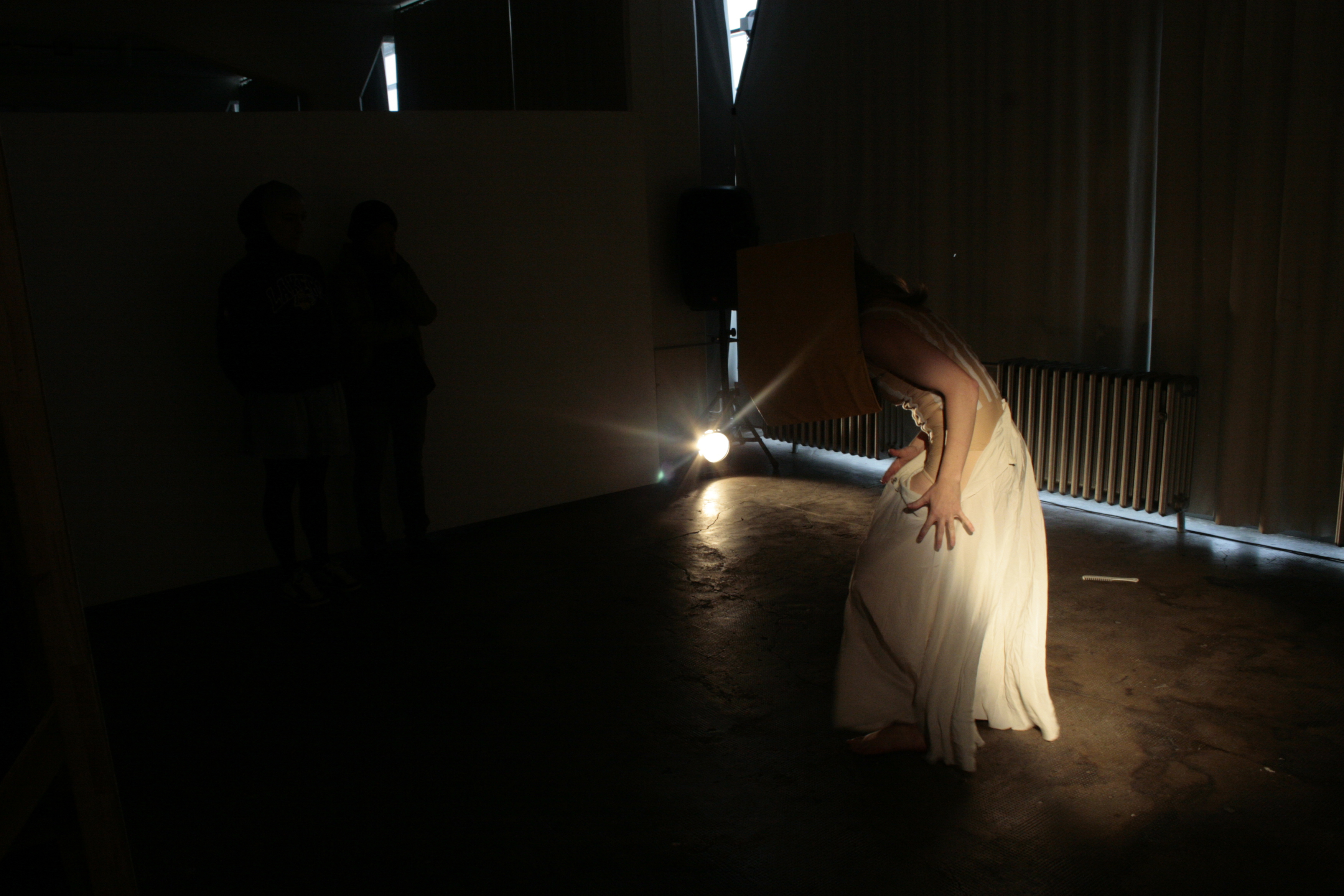 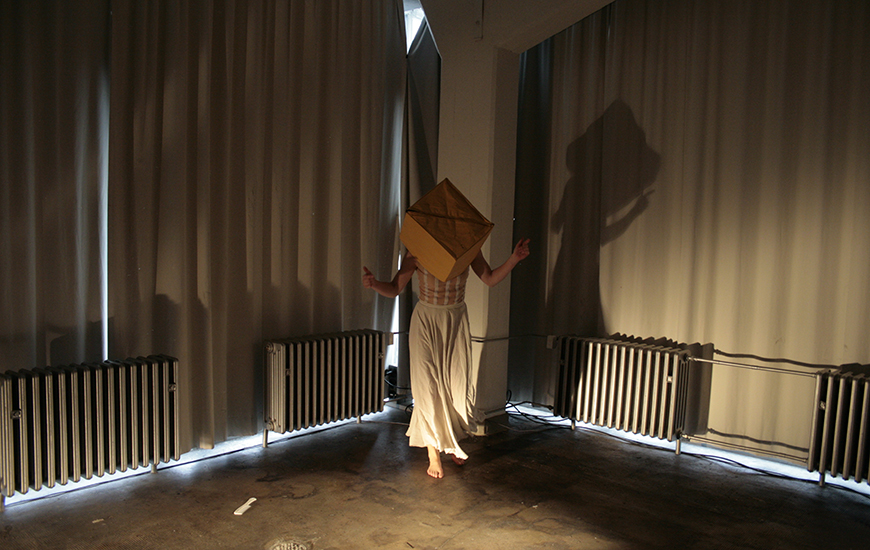 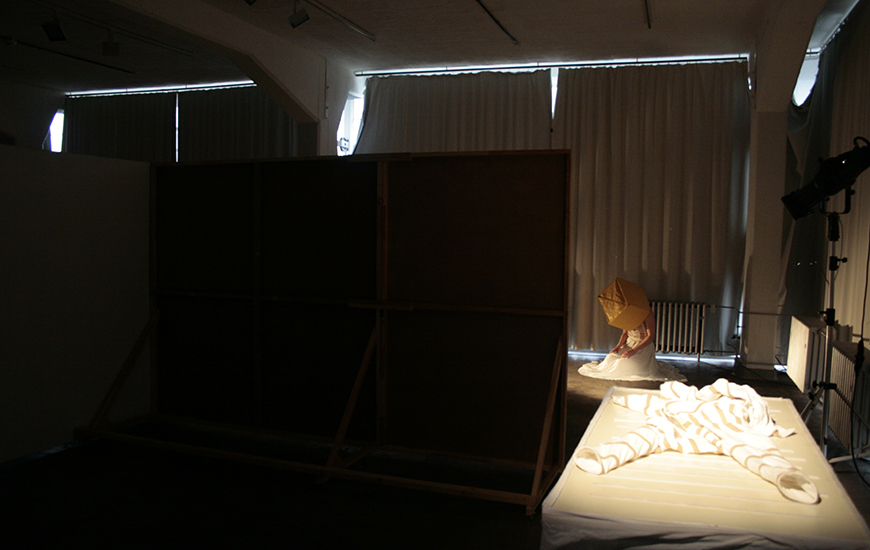 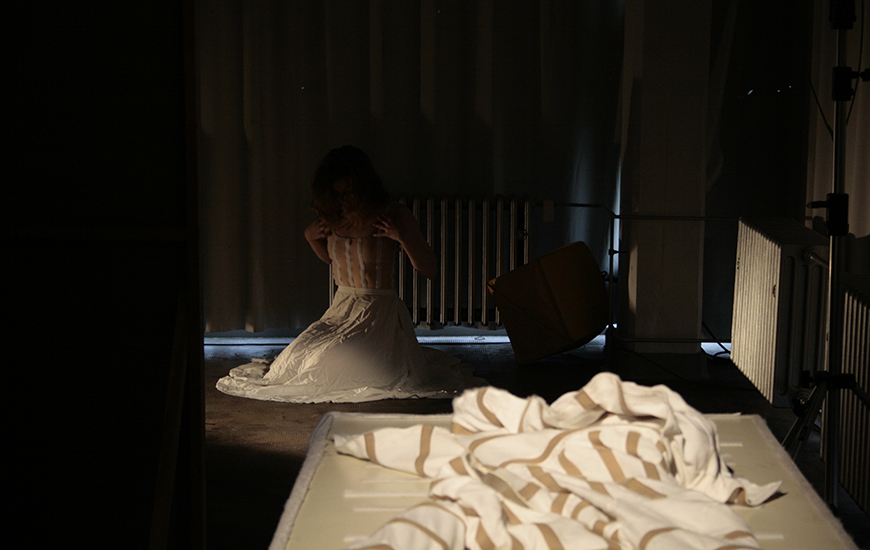 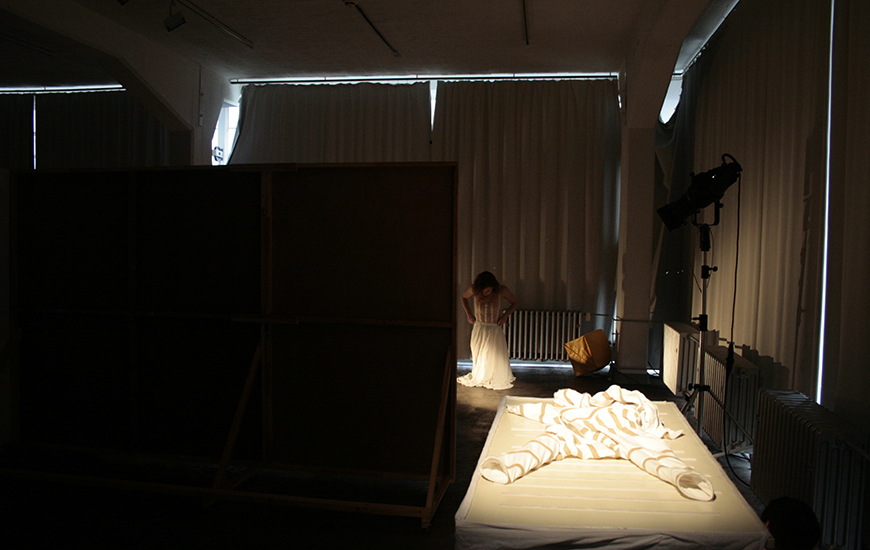 If you want to receive monthly updates from us just pop your email in the box.